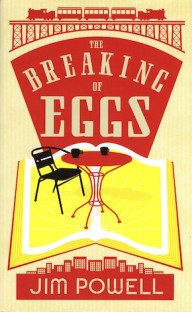 “Feliks, it is a myth that we come to rational conclusions. The best we can do is to give ourselves reasons for what we feel. The whole world is based on emotion. The process of logic is to give us a justification for it.”

The novel is set in 1991 and is narrated by Feliks Zhukovski, a naturalised Frenchman of Polish birth. Since 1955, Feliks, a long-time Communist sympathiser, has produced a travel guide to Eastern bloc countries, sold in the West. He is based in Paris, but has spent most of each year behind the Iron Curtain.

The collapse of Communism in 1989 requires him to reappraise his work and his political position in a post-Communist world. This brings him back into contact with people he has not seen for many decades: his half-brother, his mother and a former girlfriend in East Berlin – people whose experiences force him to re-examine his own life.

The story of the novel is Feliks’s journey of self-discovery, a journey that gradually transforms him from an impersonal ideologue into a humanist of the left. He is forced – with extreme reluctance – to admit that on certain issues he has been wrong. Stalin’s apologists were fond of justifying the deaths of millions by saying that an omelette cannot be made without breaking eggs. Feliks finds he can no longer accept this excuse.

The main theme of the novel is that what we like to consider our rational beliefs are usually the product of personal emotional experience. Subsidiary themes are the concept of ‘home’, the regeneration of individual lives and the conflict between ideology and human life in 20th century Europe.

“Piques the interest from the first page. The novel moves cleverly between the comic, the serious and the terribly painful.” – Alex Clark, Guardian, 25 February 2011

[view Jim Powell’s talk on The Breaking of Eggs at the City of Asylum, Pittsburgh]